The Writer In The World

Joan Didion once told an interviewer about being in Las Vegas and watching a woman in a trench coat walk through a casino. Something about the woman, her demeanor, the coat, or the hour caught Didion’s imagination. She said she needed to figure out who the woman was and why she was there. The result was her 1970 novel, Play It As It Lays, which was made into a film starring Tuesday Weld.

Sunday was my friend’s birthday. We celebrated with a trip to the art museum and lunch. I didn’t see anyone in a trench coat, but I did see a woman of about twenty posing coquettishly in front of Anselm Kiefer’s Burning Rods. This monumental painting is approximately 11 by 18 feet. Comprised of lead, iron, porcelain, and straw, it depicts a charred post-apocalyptic landscape. Kiefer created it following the Chernobyl nuclear disaster as a statement about our choices and possible future. Even without knowing much about the work, its scale and palette oppress.

Not so for the woman in wrinkled khaki shorts, pink t-shirt and flip-flops. Or for the three young women—her companions—who photographed her with small point and shoot cameras as she transitioned through expressions. She tilted her head and smiled coyly as her hair fell over one eye. She pouted. Raised her chin. Looked over her shoulder. Tossed back her head and stood, hands on hips, in profile to the ruin of Kiefer’s dark vision. Her companions aimed, and clicked.

The irony of the scene stays with me. I want to know what it meant. I’ve imagined alternates as well: what if another person had entered the gallery? Anselm Kiefer? A former Chernobyl worker? Or a resident of Iwaki, Japan—a village contaminated by radiation leaks from the Fukushima Daiichi plant? Why did the posing woman choose that painting as her back drop? These, and questions like them, are pebbles in my shoe that beg for attention.

Yesterday I read a wonderful letter by Michael Saur in The Metropolitan Diary—a column of observations about life in New York. The Diary is a regular Monday feature in the New York Times. Sauer wrote:

I have seen a pigeon walk into the place and get lost by the milk bar.

I have seen a professional poker player manicure his hands.

I have seen a destitute man go frantically through a just-published Jack Nicholson autobiography because he used to be Nicholson’s chauffeur.

I have had the Jack Nicholson chauffeur peek over my shoulder, shrug and say, “I am not stealing what you are writing.”

I have seen people bring their own TV sets and watch the news.

I have heard a drunken man say into his cell phone, with exasperation in his voice, that he was not drunk but only went grocery shopping.

I have seen ladies in fur having their handbags stolen.

I have had a New York Police Department detective ask me whether he could mark my computer with an invisible pen in case it gets stolen.

I have seen the pen turn out not to be so invisible after all.

I have seen German tourists bring their own Wasa bread for breakfast.

I have seen the same people lose and gain large amounts of weight.

I have seen people with a full set of teeth losing them.

I have flirted for weeks with a beautiful girl who turned out to be a boy.

I have written three books there. They have nothing to do with the above. Or everything.

I’m not lucky enough to live and write in New York—a city I love like few others. But every day—in moments too numerous to count—the universe offers its gifts. 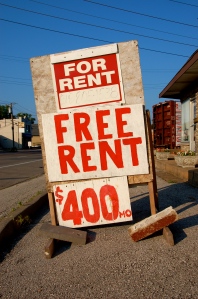 This entry was posted in Uncategorized and tagged Anselm Kiefer, Burning Rods, Chernobyl, Fukushima Daiichi, Joan Didion, Play It As It Lays. Bookmark the permalink.